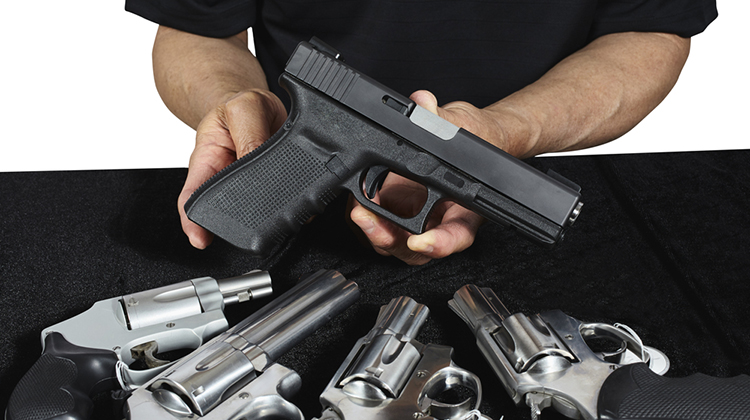 No strangers to gun violence and constantly embroiled in the contentious debate of gun control, the United States has lost even its celebrated presidents such as Abraham Lincoln (1865), William McKinley (1901) and John F. Kennedy (1963) to gun-related incidents.

The staggering issue can be highlighted with the use of statistics. For instance, two thirds of homicides in America were committed using firearms in 2010. In 2015, the North Americans averaged more than one incident daily. Moreover, it is also home to almost half of the world’s civilian owned guns.

In hindsight, it is expected that firearm sales would be subject to several rules and regulations. These sales are carried out via a number of means.

Dubbed the ‘secondary market’, firearms private sales are permitted in USA, albeit through a glitch in the system. This loophole is known as the Gun show Loophole. Residents of the country are allowed to sell firearms to other individuals sans license, acting under the assumption that there is no reasonable cause for violence.

Given that history is laden with dire consequences of gun possession and the loophole in legislation, dealers must protect themselves from facing dubious situations.

Caution is urged when selling firearms privately. In order to protect all parties involved, dealers would be well served by heeding the following: Beware Of the Internet

The greatest scope for an unfortunate likelihood lies in selling guns online. Although studies show that in cases such as the shooting at a theatre in Aurora, Colorado in 2012 and at Sandy Hook Elementary school later that year, assailants used guns that were legally obtained and registered, it is better to be safe than sorry.

Social media sites such as Facebook and mainstream e-commerce site eBay have also been used to sell weapons privately. Moreover, dealers should refrain from using the phenomenon known as the dark web. It can be accessed using specific configurations and software.

In 2015, it was calculated that 1.4% of activity carried out on the dark web was related to guns. Despite not being an alarming rate, it must still be evaded at all costs.

Sell To a Known Person

To ensure the greatest chance of security, it would suffice to sell your firearms to associates or acquaintances. As opposed to selling to complete strangers, relaying your firearms to a friend or a mutual friend you already trust would be a better alternative. This will ensure greater protection since the friend in question will probably not be a delinquent or convict. Any transaction can also be carried out personally, which would represent yet another benefit. Selling to a friend of a friend would be a wise decision in order to protect yourself and your family from any mishaps. A meeting can be arranged by the shared associate, who can also serve as a witness of the transaction. If the friend endorses his connection, then it is a safe option when selling firearms privately.

Experts strongly suggest that if the need to sell to a stranger arises, then you should neither go unarmed nor alone. Since legitimacy can’t always be surmised, sellers should be carrying their own weaponry. This is useful in the off chance that the other person may be harboring any malicious ideas.

Get Proof Of Purchase

As is the case with generic transactions, the sale of firearms privately warrants generating a bill of sale also. Such a document will contain the fundamental details of the deal, namely monikers of both parties involved, date of activity and most importantly, the firearm’s unique identifier. This would ensure that in any ill-afforded scenario, the seller will be protected by this deed.

It is mandatory to know your gun and your buyer above all else. If there is margin for skepticism in either case, then one must follow their gut feeling. While this may not always be a sound business decision, the priority must be to not transfer your firearms into the wrong hands. There is no need whatsoever to sell your gun for the bare minimum. Also, as mentioned above, if the buyer seems questionable, then it is better to back out of the sale. Caution would trump business in this particular case.

All in all, it is essential that sellers are vigilant when selling their firearms, in order to protect themselves and others. There is no margin for error when guns are concerned. Therefore, it is prudent to exercise due caution.

An Introduction To Pistol Optics