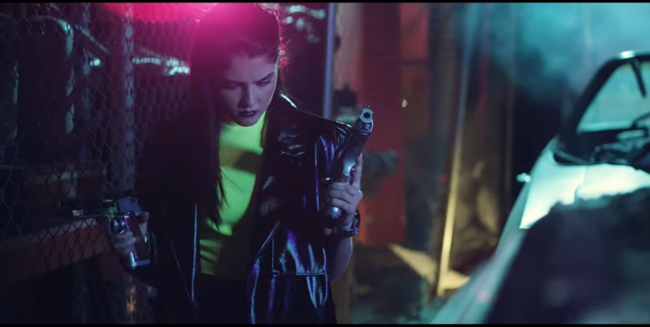 Kahr Arms asks: Are you a gunslinger, an enforcer, an agent, or a seeker?

The guns that Kahr Firearms Group produces–under the brand names Kahr, Auto Ordnance, The Biggest Finest Revolver, and Magnum Research–have been featured in more movies than I dare to count. But what happens when the minds behind those awesome guns create, produce, and film their own movie? What would it look like if that movie starred a young woman who is a real competitive shooter who’s on the Kahr pro team? Turns out, it’s very much like the movie that plays in my head 24/7 (and the next person to make a “Secret Life of Wanda Mitty” joke will be 100% correct).

The star of this series of thrilling cinematic shorts, Danyela D’Angelo, has been wowing the firearms community since she began winning shooting competitions at age 11. Guided by her father, she has devoted herself to becoming a master shooter, firing over a million rounds in practice and competition. She can expertly wield any firearm, from rimfire .22 rifles to the mighty .50AE Desert Eagle. Her training and skills have made her a force to be reckoned with on the competition circuit. D’Angelo hopes to represent the United States at the 2020 World Shoot in Thailand…

…but first, she must deliver justice in four separate timelines! We now present The Gunslinger, The Enforcer, The Agent, and The Seeker. Whether you love Westerns, film noir, or a William F. Gibson cyberpunk dystopia best, all four movies (produced in collaboration with Offensive Marketing Group) go way beyond the “product marketing” videos you’ve seen a million times before. Enjoy!

Houses of the Holy: USCCA Says “NO MORE” to Church Shootings