There’s no “magic number,” but there are signs to look for. When your daughter learns to shoot, she might only complain about having to go home. | U.S. Air Force photo/Mike McKito

Here’s a parenting question that Dr. Spock somehow neglected: “How can I tell when my child is old enough to learn about guns?” There aren’t any cut-and-dried answers, because every child and every family is different. You probably know some eight-year-olds that you’d happily trust next to you in a duck blind—and some 18-year-olds you wouldn’t. However, there are three signs that your child is ready to get some hands-on experience with firearms and gun safety. If your child reacts in an emotionally supportive way to someone who is hurting, that is a good sign they are developing empathy. | Image courtesy of Jax House

The first developmental milestone you should look for is your child’s capacity for empathy. Although empathy is a near-universal human trait, we aren’t born with it. Any parent can attest that very small children can be remarkably cruel—and that’s because learning that other people are independent entities with their own feelings and inner landscape doesn’t happen right away. Look for signs that your child understands when he or she has hurt someone’s feelings, and makes an effort to apologize (and this is crucial) without being made to do so by you or another authority figure.

Understands the Difference Between Real and Make-Believe

If your child has learned to treat real guns as real, not as if they were toys, then they might be ready for the real thing. | Image courtesy of woodleywonderworks

Everybody either knows (or was) the kid who tied a towel around his neck and took a leap off the roof trying to fly. That’s because it’s normal for small children to confuse reality with fiction in their attempts to reconcile cartoon physics with real-world physics in kinetic experiments that often result in plaster casts and missing out on a summer of swimming. (Not that I would know anything about that.) In cartoons, Daffy Duck can shoot Elmer Fudd, and Fudd will be right back at his antics in the next reel…so it’s crucial that your child understands that that’s not how it works in the real world. You’re looking for a kid who no longer talks to an invisible friend; a kid who points out things she knows aren’t true on TV; a kid who claims to still believe in Santa (duh, more gifts!), but doesn’t seem particularly concerned about the Elf on the Shelf and what that creepy little bugger might be reporting back to old St. Nick. 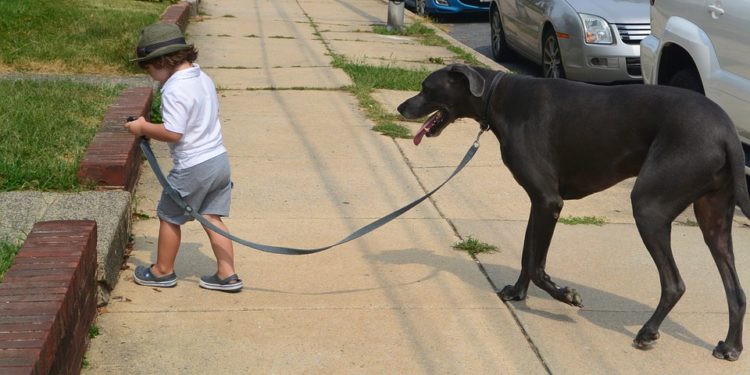 Can your child take your dog for a walk and clean up after them? | Image courtesy of MaxPixel

This last—and most important—milestone can’t come until your child masters the first two…and the age at which it comes is different for every child. Perhaps the best indicator that your child is ready to learn about guns is when you feel comfortable leaving him or her in charge of a pet. What you’re looking for is a kid who feeds, walks, cleans the cage or litter box—without you needing to force or constantly remind them to do so. It means they understand that that turtle or budgie is a living being that requires their consistent care and attention.

When your child has consistently displayed empathy, the ability to distinguish reality from make-believe, and the responsibility required to keep a living being healthy, that’s when you’ll know that your child is ready to begin learning about gun safety and the fundamentals of shooting.

In Defense of the Belly Gun

WATCH: Steyr Arms is Hiring (Unless You’re That Guy)