Carrying a concealed firearm in public is your right—and it’s also a matter of extreme seriousness and responsibility. How well do you know these facts of CCW?

There are a number of considerations that one needs to bear in mind and, sadly, there’s a lot of misinformation out there. For those who are new to the world of concealed carrying, here are some of the concealed carry facts that every gun enthusiast should know about: 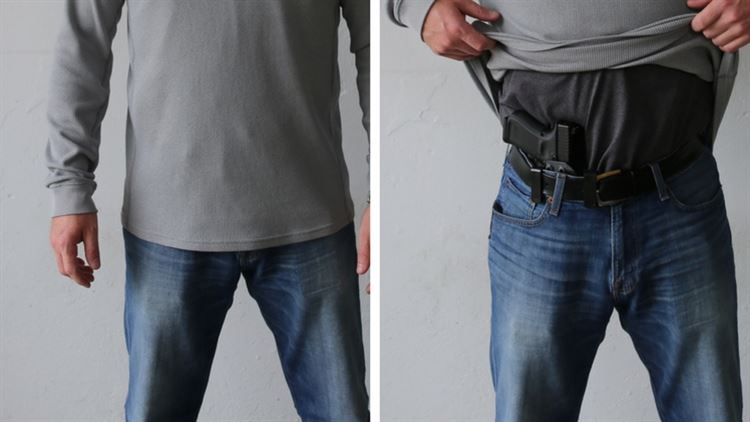 What is the point of concealed carry?

One of the most common myths about armed self-defense is that it’s a good idea to fire a warning shot, a shot intended to wound, or a shot intended to kill. All of that is utterly beside the point. We do not shoot to warn, wound, or kill. We shoot to stop the attack. In the course of that, the perp may be warned, wounded, or killed—but that’s not the goal. The goal is that we survive. Speaking of which…

2) Know You’re Prepared to Use It

You have to be prepared to use your gun if you’re carrying in public.

What’s the purpose of concealed carrying? It is to do everything possible in the name of self-defense, right? Well, what if a person is not prepared to use the gun that they are carrying? That would undermine the entire purpose of concealed carry in the first place. The fact of the matter is that if you are carrying a gun, then you HAVE to be prepared to use it. Any instructor worth his or her salt will tell you that if the gun comes out of its holster, it’s because your back is against the wall and your life is in immediate danger—and that means that once you fill your hand, you’re going to shoot.

3) Know Not to Be Reckless You should not be touching your gun until you know you need to use it.

When you talk about being prepared to shoot your gun, you have got to remember that it’s one thing to be prepared and it’s another to be reckless. What does that mean? Well, it means that the purpose of concealed carrying is self-defense, period! Don’t make the mistake of playing the role of a savior just because you’ve got a gun. You are only supposed to defend yourself and your loved ones…that’s it! If you have to ask yourself, “does this situation merit me using my CCW gun?” the answer is no. Know your laws before you carry. Does your locality allow for open or concealed carry?

Carrying firearms is a human right that no one can take away from you. But don’t let that distract you from the fact that in most jurisdictions it is essential for you to have a license, if you are to carry your firearm legally. Many people are of the opinion that they shouldn’t need a permit from the government to exercise a right that is guaranteed by the Second Amendment. It’s not that they don’t have a point—they do—but the fact of the matter is that that’s how things are for the time being, and that’s how things will need to be done if you are to stay out of jail. Getting yourself a license can be tiresome, no doubt, but trust me when I say that it beats the alternative. Your self-defense weapon is not fashion apparel.

When it comes to concealed carrying, one of the most important facts that every gun enthusiast needs to know is that concealed means concealed, period! What this means is that there’s no room for showing off or even discussing your firearm unless you are 100 percent certain of your audience (and maybe not even then). In fact, in many cases “showing off” is actually considered “brandishing,” which is a crime.

What Are Anti-Gunners Compensating For?

4 Guns I Promise Not to Grab