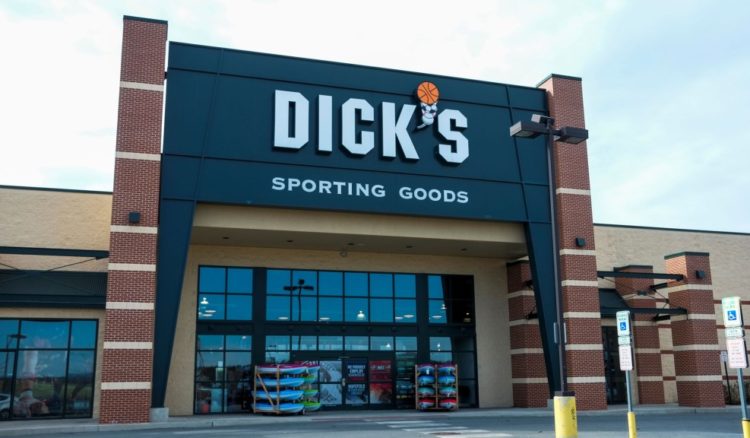 It’s hard to look to the future when you only have one eye.

Once again, the Dick’s head wants to insert himself where he doesn’t belong.

Have you been puzzling over the phenomenon of Ed Stack, the CEO who doesn’t care if his company—Dick’s Sporting Goods—goes broke, as long as he gets to look “woke”? Well, puzzle no longer, because we may have an answer here that makes more sense than just plain old virtue signaling: the Dick’s head is turgid for pubic orifice public office. What’s more, he seems to think that a 2020 Presidential election run isn’t premature.

According to this article from Politico, Stack, a Republican, recently hosted a focus group to gauge the depth of America’s interest in him as a potential third-party candidate. In particular, the focus group emphasized Stack’s “example of ‘showing leadership’ by halting the sale of assault-style rifles at all of Dick’s Sporting Goods stores in the wake of the high school massacre in Parkland, Fla.”

Up until now, the Dick’s head’s moves regarding guns made little sense. Why would a person who has been entrusted by shareholders to lead a business into consistent profitability do what Stack did? He knew that his decision to melt down Dick’s inventory of black rifles was going to go over like a fart in church with his customers. He knew that it was going to cut profits, and he knew it wasn’t going to make a damn bit of difference in the nation’s crime rate. There are very few things that could make your average CEO walk away from profit—and chief among them is a chance at power. That, it seems, was enough to make the Dick’s head turgid with ambition.

The Dick’s head has recently throbbed with frustration at what he terms Senate Majority Leader Mitch McConnell’s “lack of guts” in refusing to put new gun-control legislation to a vote. However, thinking that Stack’s motivations are ideological is almost as big a boner as Stack himself. What’s happening here is that, right now, the current American president is not expected to win the 2020 popular vote—but the lineup of opposition candidates is pretty limp. Obviously, the Dick’s head is hoping to insert himself where he doesn’t belong, won’t fit, and nobody wants him.

That’s why I decided to run a little focus group of my own. I sent out a group text to a number of my female friends featuring a nice, well-lit and carefully angled picture of the Dick’s head. I captioned it, “How’d you like this guy in your Oval Office?” Here are the replies:

Based on this experiment, I think it’s safe to say that the Dick’s head has left a bad taste in many mouths, and that his potential Presidential candidacy is too much for the American people to swallow.