Every year your news feed fills with predictions for the next one. Here’s the one you should bank on, courtesy of the Second Amendment Foundation’s resident soothsayer,  Alan Gottlieb!

The Second Amendment Foundation today pointed to a new Morning Consult/Politico survey finding that the public trusts Republicans more than Democrats on gun policy as an acknowledgement that Americans are rejecting the Democrats’ radical gun control agenda.

The survey of almost 2,000 registered voters was conducted Nov. 5-7 and revealed that in the top five areas of concern—national security, the economy, gun policy, immigration and jobs—polling results show Democrats trailing.

“These survey results are revealing, especially on firearms policies,” said SAF founder and Executive Vice President Alan M. Gottlieb. “After years of failed gun control policies, the public has finally concluded that Democrats have only worked to disarm law-abiding citizens and make us more vulnerable to criminal attack. Policies advertised as keeping guns out of the hands of criminals have actually only been tough on their intended victims.

“The survey found that 46 percent of all American voters think Republicans do a better job on gun policy, while 39 percent still cling to the notion Democrats have the right approach, but a significant 15 percent are still in the middle,” he continued. “When the survey numbers focus on important suburban voters, the numbers get even worse. Forty-seven percent of voters in the suburbs believe Republicans are better on gun policy, while only 37 percent support Democrat schemes, and 16 percent remain undecided.

“The ten percent margin in the suburbs is extremely important for the upcoming 2022 midterm elections,” Gottlieb said. “That is where almost all the swing congressional districts are. This could cost the Democrats between 40 and 60 seats in the House.”

SAF has run more than 1,000 national TV spots on over 24 cable networks, along with radio advertising and millions of impressions on the Internet have helped educate the public on gun policy and the survey reflects the impact.

Gottlieb pointed to the election results in Virginia, which signaled a “new direction in the Old Dominion.” Commonwealth voters filled all statewide offices with Republicans, and put the House back in GOP control following two disastrous years.

“I anticipate Virginia gun owners will press the new administration and legislative majority to quickly undo the policies adopted by Ralph Northam and his cronies in 2020,” Gottlieb predicted. “Those policies, specifically the destruction of state preemption which guarantees uniformity of gun laws statewide, and the one-handgun-per-month purchase restriction, penalize honest citizens and do nothing to reduce violent crime.

“Democrats may have forgotten that right to keep and bear arms is protected by the Constitution,” he concluded. “Rights are not up to a public vote, but people who attempt to infringe on those rights certainly are. Voters made that clear in Virginia and are poised to do it again in November 2022.”

What do you think? Do the off-year elections signal a reversal of the “gun control” we’ve seen recently? Sound off in the comments! But before you go, we should let you know that we’re proud to have the Second Amendment Foundation sponsor our best giveaway yet …

This year, we’re raising a Thanksgiving toast to you, the American outdoorsmen and women who maintain our proud traditions, with our best giveaway yet: The Giving Thanks IV $7.5K Guns & Gear Giveaway! It’s a cornucopia of everything you want and need to keep those traditions going for generations–from two classic bolt-action rifles, to the most innovative new firearms on the market (and all the ammo to feed them)…the list reads like a Thanksgiving prayer. Each and every one of you amazing readers deserves a chance at this amazing prize package, and that chance starts today and runs through midnight Central time November 30th.

Entering the Giving Thanks IV $7.5K Guns & Gear Giveaway is easy and free! Just click here, give us a way to contact you, and we’ll do the rest. A complete listing of the prize package on offer is below–you’ve got to read it to believe it. (Don’t worry, we’ll give you the sign-up link again at the end of the list!) 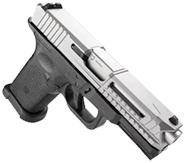 Here’s that entry link again–best of luck, and thank you for being the best audience we could hope for!